When is the Best Time to Fish in Northern Canada? 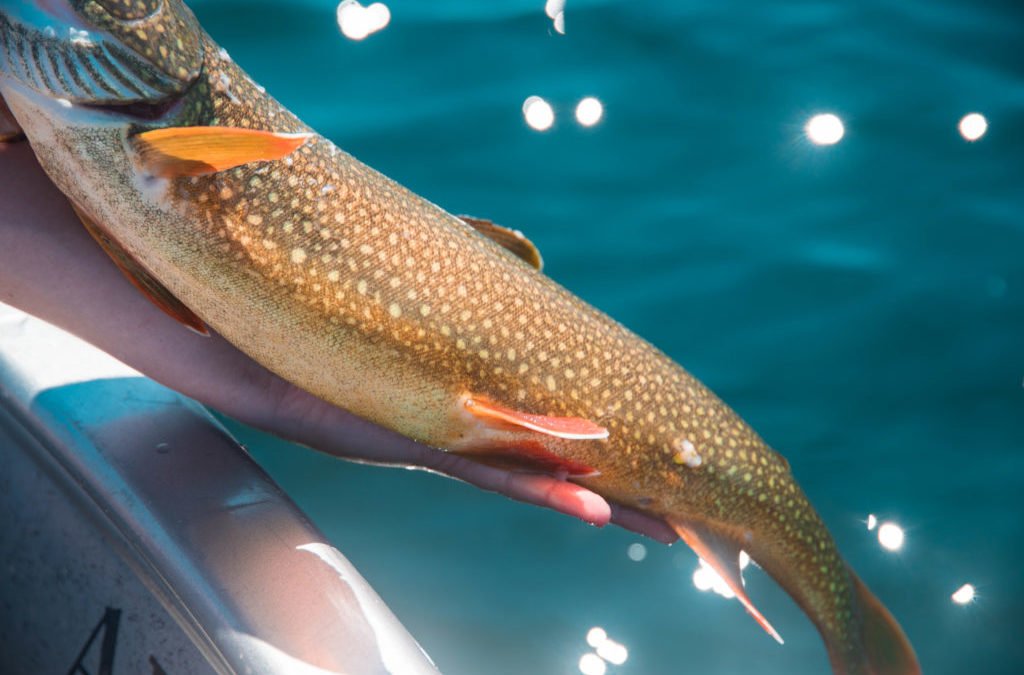 WHEN IS THE BEST TIME TO FISH IN NORTHERN CANADA?

One of the most famous questions people often ask is which month is the best time to fish at Arctic Lodges. I always say, “It depends on who you ask”. Each month brings different fishing for both Northern Pike and Lake Trout. Here is my two cents on the fishing during Arctic Lodges months of operation.

In early June the Lake Trout prefer cold waters (50F – 10C), which means they are much more shallow than they are in the later summer months. Since they are feeding at shallower depths, immediately after ice out makes for great trout fishing. As for the Pike, they are in VERY shallow depths, sunning themselves in the icy cold waters. Many of our guests prefer June fishing due to the quantity of fish being caught. That being said, I’ve seen guests in July and August catch 100+ fish in a day.

At the beginning of June, the length of time it takes for the ice to melt all depends on the snow coverage from the winter. In the last few years the ice has been taking longer to fully melt which has forced us to start our first trip date on June 12th instead of our normal June 8th date.

Something to keep in mind: Although the waters are cold and active, there is always the chance of limited access to the lake – which will be north of the lodge if ice out is late. The weather is unpredictable in June. One day may be cold and raining while the next day may be 80 degrees (27 degrees C), sunny and beautiful. According to weather averages, the average low is 50F (10C) and average high is 77F (25C). You can expect to see rain or drizzle 16 days of the month, and snow for possibly 1 day.

By July, especially the beginning of July, you can expect the best of both worlds. The waters will still be cold and active, the fish will still be shallow, and the weather is most likely to warm up and be more cooperative. Once the surface temperature begins to warm up, Lake Trout will move to depths of 70ft, while the pike will be coming out of the shallows to about 15ft-20ft deep.

At this time, pike move into the bays closer to the mouth and begin to hide in the weed bed closer to the end of July. The weather is usually and average low of 53F (12C) and and average high of 81F (27C). You can expect to see some rain or drizzle 19 days of the month.

Personally, my favourite time for Pike is mainly August. I like August because that is when there is the most weed bed, and when you see a bed of cabbage in the water you will find nothing but Pike. Big Ones.

Trout will still be in deep, cold waters and move closer to the surface as the temperature begins to cool. As an added bonus, August is also a great time to the see the best display of the stars and the northern lights as the daylight hours are far less compared to the springtime. It is quite amazing and definitely bucket list worthy. People all over the world travel this far north to experience the display of lights, so make sure to bring your camera!

Follow this link to read an article from Infishemen magazine called Cabbage Patch Pike, written by Gord Pyzar who stayed at Arctic Lodges and fished the area.

Stay tuned for later blogs on our fishing techniques and tackle suggestions. 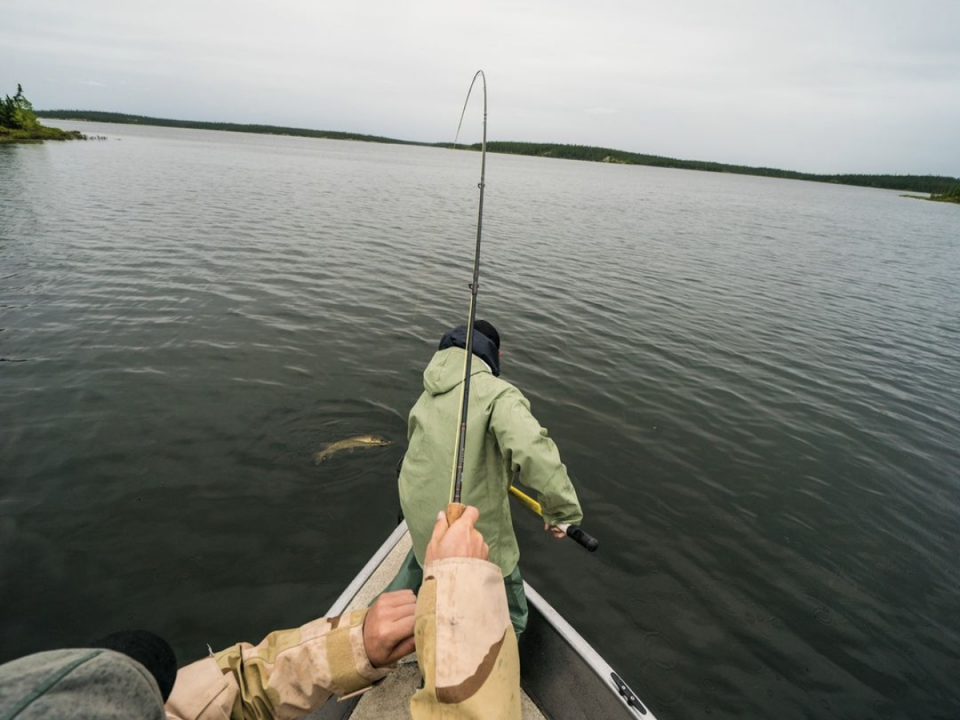 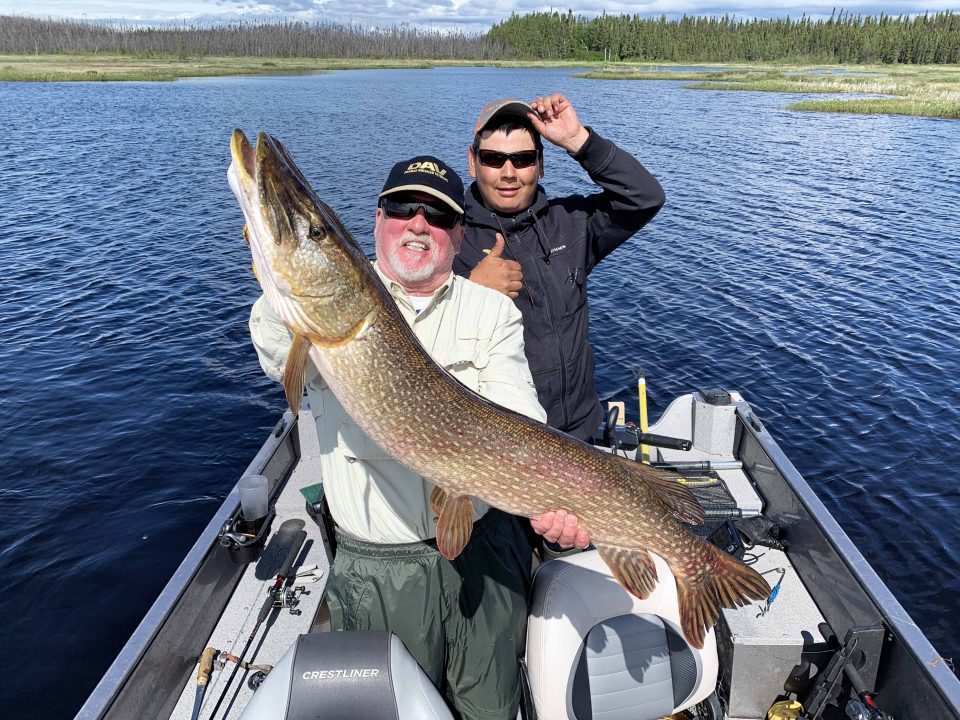 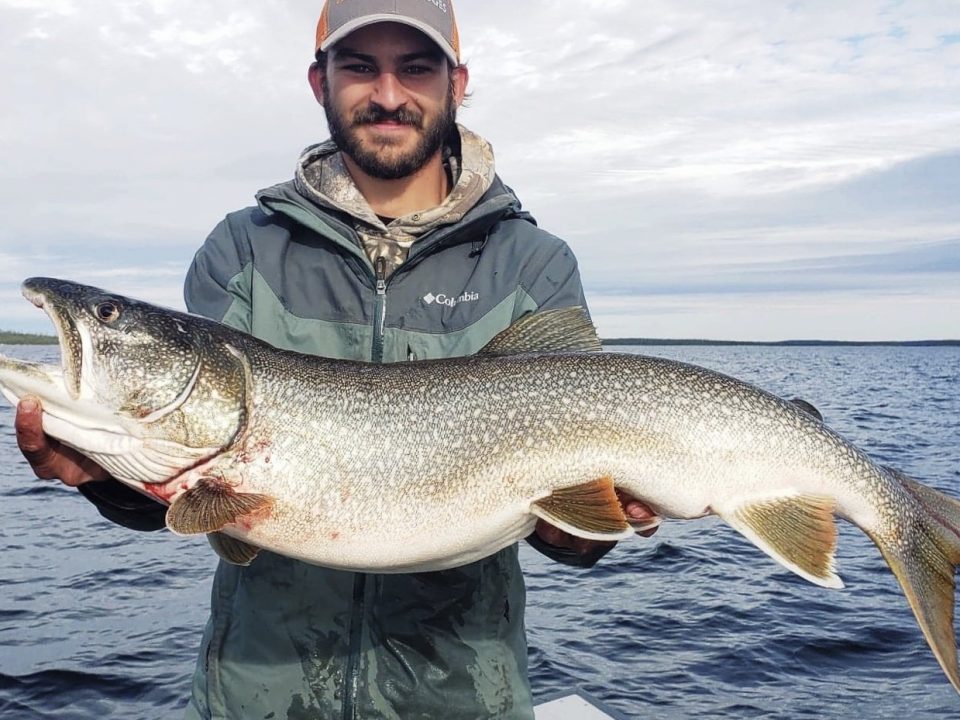